Guest Post – Tips to Combat the Stresses and Strains of the Daily Grind. 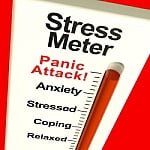 “With all its sham, drudgery and broken dreams, it is still a beautiful world. Be cheerful. Strive to be happy.”
Desiderata by Max Ehrmann

According to the Health and Safety Executive, almost half a million people suffer from work related stress. Quite often, healthy individuals with no mental health history can be affected by stress and have to take time off work. In many instances, this stress is unnecessary and can be avoided.

Work related bullying
Everyone remembers the school bully, but when we move into the workplace we expect bullying to be left behind in the schoolyard. Sadly, this is not always the case and there are many people that report their stress is down to persecution from the office or factory bully. Don’t stand for it. Life is too short to put up with unacceptable harassment. Confront them, report their behaviour to the boss and if it is the boss who is bullying you make a formal complaint. Bullies tend to pick on those that won’t stand up for themselves. If you don’t make a stand now – today – nothing will change and you may find yourself the brunt of their torture for your whole working life. You deserve better.

Bottling it all up
After spending five years working in Psychiatry I can tell you one thing for certain; bottling up all your feelings and emotions will end in disaster. The two best forms of protection against mental illness are regular exercise and good social relationships. Working out all your emotions on the treadmill or running through the fields will help alleviate those pent up feelings and having good friends to talk through your feelings with is just as important. I worked in a Female Psychiatric Intensive Care Unit and the majority of women who came in due to stress related breakdowns were isolated with no social network and did little or no exercise.
Have a nice day
There are many pitfalls when it comes to having a nice day. The first one is the negative thinking habits we have sunk into which shape reality before it has even happened. We expect bad things to happen, we go into these situations braced for the worst and then – surprise, surprise – they do actually happen. Would they have happened anyway if you had gone into the situation with an open mind and a smile? Only you can answer this.

It is not about having a nice day, it is about making a nice day, for you and for others around you. Anything, from bringing in a packet of biscuits to telling a joke, can make such a difference to you and your colleagues. I am banned from telling jokes at work as my workmates say they are ‘Dad Jokes’, so I just stick to bringing biscuits!

So, to avoid stress in the workplace:

Bio
Barnaby Kirsen has a Masters in Psychology and worked in Psychiatric hospitals for 5 years. He now works for
ExclusiveGP; organising Grand Prix adventures to the four corners of the World.