Guest Post: From Forgotten to Forbes – 3 Shy People Who Found Their Niche 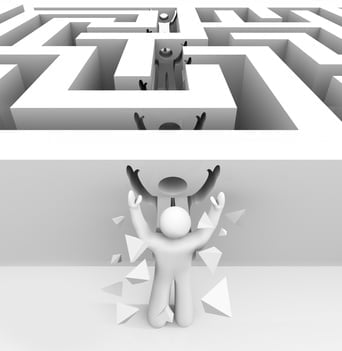 If you’ve always been the quiet one with an overwhelming fear of social networking and a tendency to hang back at parties — not to worry. You’re far from alone. Nearly half of the adults in the world describe themselves as shy, according to PsychCentral — the mental health social network owned by Dr. John Grohol, Psy.D.

The good news is that in today’s world of digital communications and global tolerance, shyness is no longer a limitation on earning potential. There may still be certain careers for shy people that are more suitable than others, but you can succeed in any industry by taking inspiration from the pioneers who came before you.

But the unconventional Jobs didn’t take the road more traveled by. In fact, almost everything about him was anti-climactic. He was a college dropout who preferred electronics to people. He began his meteoric rise to fame working with a few close buddies in his father’s garage. The Computer History Museum has early 1980 footage of Jobs giving a less-than-energetic presentation that features moments of Steve with his head down, turned away from the microphone and speaking so softly he can barely be heard.

This was the real Steve Jobs. He had one or two close friends growing up. He was a member of the electronics club in high school instead of the football team. He wore flannel. Yet he rose to become one of the world’s richest and most influential people — a born salesman who eventually learned how to talk water upstream. Jobs didn’t feel limited by life, by his shortcomings or by what anyone else thought of him. He took his passion and he ran with it — even if his excitement was somewhat contained and his gait a bit awkward.

Young starlet, Mila Kunis, landed on the Forbes list of the 100 Most Powerful Celebrities in 2013 at number 89 — not bad for a 30-year-old who says she once suffered from shyness. In a chat with fellow actor, James Franco, for Interview Magazine, Kunis talked about her family’s move from the Soviet Union to Los Angeles when she was 7. She was so shy as a child that her parents enrolled her in acting classes to help her overcome her fear of social interaction. And what classes those must have been.

Kunis went on to act her way to fame and fortune on such buoyant platforms as That ’70s Show, where she played the shallow, yet palatable Jackie Burkhart. From there it was only a short leap to the silver screen where she gave more-than-memorable performances in Black Swan, Ted and a host of other movies. In 2013, Forbes Magazine quoted Kunis’s earnings at $11 million. Not too shabby for a shy girl who once struggled to learn English.

Mark Zuckerberg’s aversion to media coverage is famous. This co-founder of the groundbreaking social network site, Facebook, hit the Forbes list of The World’s Most Powerful People for the first time in 2010. He was 26 years old. From that time, he’s been a regular in the publication, attaining spots in the billionaire’s club and the Top 400 every year since. According to Bloomberg, in 2014, this young self-starter is estimated to have a net worth of $27.9 billion.

Yet, he shies away from cameras and media coverage like a ghost. For someone who built his fortune on social networking, Zuckerberg’s admitted shyness is quite substantial. Interestingly enough, recent studies have shown that Zuckerberg’s social media platform can help shy people foster relationships and expand their network. Facebook is seen as a tool that opens social avenues for the shy or socially anxious. Famous shy person Zuckerberg, whose success was the inspiration for the 2010 hit movie “The Social Network” and who became a billionaire at the age of 23, turns 30 in 2014.

Shyness may be a struggle in your life, but it doesn’t have to be a determining factor in your take-home pay. Work with it, through it or even in spite of it, but never let it put limitations on what you can or can’t achieve. Steve Jobs overcame it. Mila Kunis taught herself to ignore it. Mark Zuckerberg embraces it, yet they’ve all claimed incredible financial success. Tell yourself you’re going do the same.

Monica Gomez has struggled with shyness all her life. This didn’t stop her from pursuing her life’s dream of becoming a freelance writer, however. Monica understands how it feels to hover on the periphery of life, trying to find the courage to participate. She empathizes with those coping with introverted personalities and enjoys sharing success stories like the ones chronicled above.