The Key To Effectively Changing Your Habits! 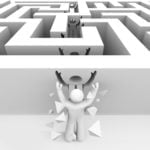 “We are what we repeatedly do. Excellence then, is not an act, but a habit.” – Aristotle

Habits are the patterns of behavior that occur automatically, due to repetition. We all have some good habits and some bad habits, some of us are more productive in our habits than others. As humans, we are made up of so many habits, habits that start the moment we wake up to when we go to sleep. The majority of our tasks are done on automatic, from turning off the alarm, going to the toilet, showering, dressing, eating, driving to work, etc.  At one point, we all consciously decided how much to eat, what to focus on, if we shower first or have breakfast first. One day we stopped making that choice and that behaviour became automatic, it is the normal result of how we function as humans.

A study once revealed that 40% of our actions were habits, and not real decisions – That is huge!  By understanding a little how habits work, we are in a far better position to make real changes. If you want to improve your life in any way and you are not seeing results, it may be worth it to look at your habits and become aware of your automatic and routine behaviors. If you don´t try to battle a habit, the patterns will keep unfolding automatically.

However, changing habits appears to be one of the most difficult and challenging tasks one can take on. Not only are we still learning everyday about habits and even though we understand how habits are formed scientifically, there is still so much to learn and explore.

Nevertheless, how bad do you want to change? What is really at stake here if you don´t change? Really think about it, what are the consequences of not changing? I am sure they are enormous and often dangerous compared to the effort it takes to change.

There are many types of habits, this topic is so extensive and profound, let us focus only on the bad habits that we want to change, smoking a cigarette, coffee breaks, sleeping too often, etc I will try to give you the easiest idea how you can go about making real and long lasting change.

First there is always the cue, then the routine, followed by the reward – this is the habit loop. Something interesting to know about this process, is that after time, the cue and reward become so entwined that you anticipate in real terms and start craving the reward, at the first stage, the cue. This is why; you may be irritated if you cannot have that cigarette, because you already feel the ¨reward¨ of smoking it, for example. Or when you feed an animal and they get overly excited when they hear the sound of the food, they already crazing the reward they know it brings.

The 3 parts of the habit loop:

CUE: This is the trigger that sets off the automatic behaviour, the habit – this can be emotional, situational or environmental. For example: having an urge to go to the cafeteria and buy a donut at a certain time of day, normally at 15:00

ROUTINE: The collection of actions you take triggered by the cue. These can be emotional, mental and physical. For example: leaving your desk and going to the cafeteria to buy a donut, eating the donut and returning back to your desk.

REWARD: The satisfaction, the benefits you receive, feel and experience from that. For example: A temporary distraction or a hunger satisfaction. (sometimes the reward you think you crave is not it)

Avoiding the cues, so you won´t be so tempted,  is a great way, but often this is not easy and one is not always successful.

If you can identify the cues and rewards, you can change the routine. The best way is to insert a new routine into your life. The triggers and pay offs are the same, it is just the behaviour that changes.  For example: when you feel the urge, go for a two minute walk, talk to a colleague, find another temporary distraction that won´t be bad for your health.So once you know (because you have done the exercises to ascertain exactly what the reward you crave is), you can look for another routine that will bring you the same satisfaction.

Identifying your cues and also your rewards, is an exercise that takes time and effort of writing and analyzing. As mentioned earlier, the rewards we think we getting are not what we think they are. You made need some professional guidance to really get clear on this. This extent to which you accurately identify the cues and rewards will determine the extent of your success changing the habit.

This approach has been the most successful for the most of the time.  However, for some of the habits,  there is one other key ingredient necessary: belief that you can change the habit!

If you want to learn more about the process of identifying cues and rewards, contact me!